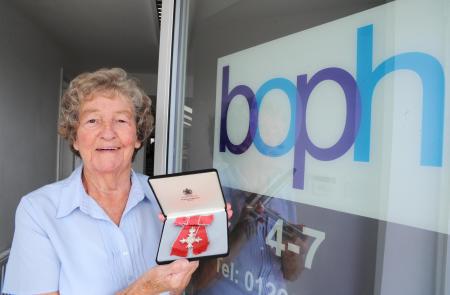 BOPH founder Joan Lythgoe has received an MBE for her charity work in the community. We are so proud of Joan and appreciate her for all she has done since opening BOPH in 1995, 20 years ago. Over 20 years ago Joan had a conversation with Princess Anne, who was in […]

Cream Tea is a traditional British light meal taken in the afternoon. It comprises of tea, with a combination of scones, clotted cream and jams. Traditionally it is said Cream Tea comes from Devon and Cornwall but is enjoyed all over Britain. Everyone has their preference, some say one scone is traditional whereas […] 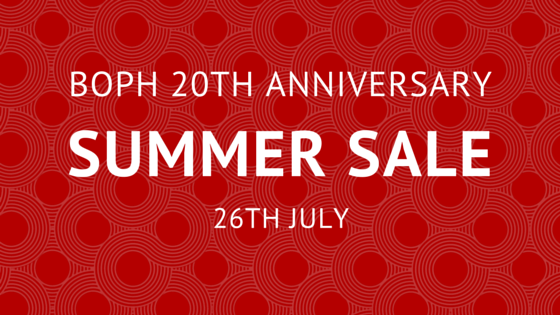 Come to our 20th Anniversary Summer Sale on 26th July here at BOPH! Celebrating 20 Years of BOPH Come along to the BOPH Summer Sale for a fun filled day of raffles, tombola and of course a bit of retail therapy! We will have such things as candles, jewellery, beauty treatments and more […] 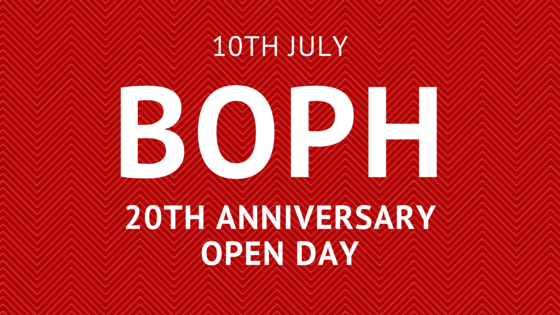 The charity BOPH was founded in 1995 by Joan and her late husband. Their granddaughter had suffered vaccine damage as a baby that had left her disabled and when she left full time education, Joan’s family soon became aware that there was a complete lack of work opportunities for young adults […]

If you work for a company, own your own business or simply just want to get involved like us on Facebook and Twitter to help promote our charity. Alternatively contact us today to discuss how you would like to help us grow.

Please donate by offering your services or come directly to us via our ‘Donate’ buttons. Help us to make a difference. Donate, email or call – EVERY penny counts!

Thank you for your contributions.